This website uses cookies and other network identifiers, which may contain information about how you browse our site, what content interests you and so on. We use cookies to improve our website, to personalize the content, for advertising and analytical purposes. You can allow all cookies to be used in this browser, or choose from other options. Read more informations.

Estonia: a lot of heat generated from woody biomass 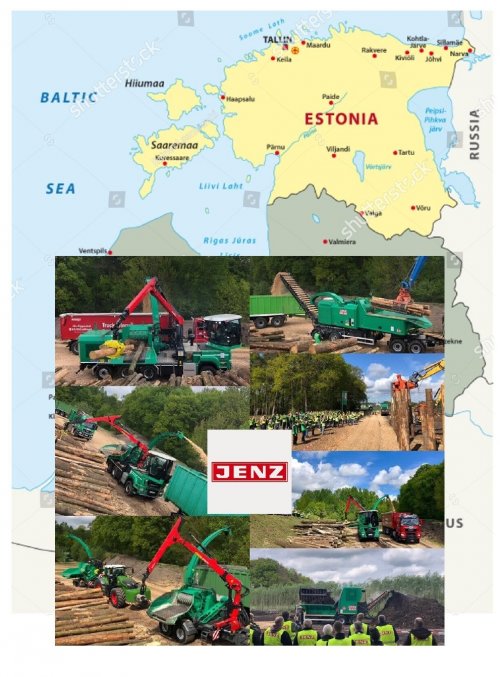 Estonia is one of the least populated countries in Europe. Only about 1.3 million people live in the small Baltic state. Since more than half of the country is covered with forest, about half of the population lives in the capital Tallinn.

The main energy sources for heat generation in Estonia are wood (45.6 %) and natural gas (40.5 %). Since the country wants to be as energy-independent as possible from Russia, bioenergy has an enormous significance as an energy source. Estonia has completely renounced nuclear power and hydropower. In Estonia the share of energy from renewable sources reached almost 30 % of the gross final energy consumption in 2017. For comparison, Germany only manages a share of 16 %. The majority of Estonian heat production already comes from wood combustion.

JENZ chippers are already number 1 in Estonia. And JENZ biomass processors will also gradually find a way into Estonia in the future. Currently, there are 80 JENZ machines spread across 1.3 million people in Estonia.