This website uses cookies and other network identifiers, which may contain information about how you browse our site, what content interests you and so on. We use cookies to improve our website, to personalize the content, for advertising and analytical purposes. You can allow all cookies to be used in this browser, or choose from other options. Read more informations.

2.8.2019 / News …make the normal working day easier, protect the machine and adapt themselves optimally to the deployment – for even more efficiency! 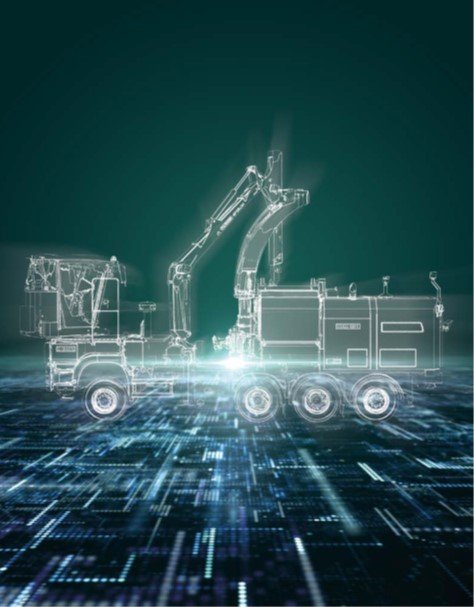 Smart systems from JENZ support the driver in making optimal settings to his machine, offer facilities for analysis and provide more safety and efficiency.

Up to now, JENZ machines were fitted with the so-called IBC (Intelligent Bite Control) on request. “First and foremost, IBC has the aim of keeping the engine workload high. The woodchipping quality was paid less attention”, explained Hans Heinrich Hermeier, Product Manager at JENZ. “Now we have this developer the system further and adapted it specially to the various operating conditions for chippers and shredders. In detail this means that the draw-in speed can be regulated depending on the load.”

In the biomass processor sector, the new GFA System (“Grinder Feed Assistant”) is now in use. In this case, sensors detect both the rotor speed and the draw-in speed and match these two parameters optimally to the shredder operation. This enables the highest-possible throughput performances to be achieved when processing garden cuttings, organic waste and bark through a consistent high engine workload thanks to the new GFA system. Unproductive stopping of the draw-in can be almost completely avoided. The main focus of the work is purely on feeding the biomass processor.

A further development has also been added to the chipper product group to achieve consistent woodchipping quality. All JENZ chippers with easy2 controlling its are now fitted with the innovative CFA System (“Chipper Feed Assistant”). This system allows the draw-in speed to regulate itself via the rotor speed with the aim of optimum woodchipping quality. The drawin speed is adapted so that reversing is avoided, but the pre-grip remains almost constant despite this.

If the rotor speed decreases, the draw-in speed decreases as well and the engine can remain continually at its maximum torque in ideal cases. Unnecessary reversing or stopping of the draw-in, which loads the drive engine, can be almost completely avoided and this leads to an evenly high and engine-caring workload. The CFA system has been further developer to become the CFA2 System in order to relieve the load on the driver and maximise throughput. In this case to drawin speed does not regulate itself via the rotor speed but additionally via the top roller. Product Manager Dominik Meden emphasised: “The machine effectively detects what’s coming into it. It can react in good time, for example so that it doesn’t try to draw a 60 cm beechwood trunk in at full draw-in speed.